Taking care of your oral health is an important part of life, and helps to ensure that you have healthy teeth for decades to come. However, it's entirely possible for people who mean the best for their oral health to accidentally mess it up instead. If you're doing any of these things, it's best for you if you put a stop to it. Read on to make sure you're not making these mistakes.

One common problem that dentists often see is that people brush their teeth too hard. They usually do this in an effort to get every scrap of bacteria and plaque off of their teeth, which is admirable, but they're going about it the wrong way. In fact, when you brush too hard, there's a good chance that you're going to end up scraping away some of your dental enamel over time. This is the protective shell of your tooth that keeps out bacteria and debris. If this shell is lost, you'll be at a higher risk for sensitivity, cavities, and other problems.

Instead of brushing so hard, brush longer and use lighter strokes. This will get rid of the surface problems without harming your teeth.

Another problem some people experience is that they floss too hard. Flossing is less likely to damage the enamel of your teeth since it is flexible and softer than dental bristles. However, it's still a possibility, and there are other things you can do wrong, too. For example, one thing you don't want to do while flossing is to strike your gums with the floss as you're pulling it either up or down between your teeth. Hitting your gums is painful and can even risk opening up a small cut, which can then become infected.

Instead of flossing hard, try to go as gently as you can and use a scooping motion with the floss to prevent it from striking your gums. If you still can't pull this off successfully, you may need to visit a dentist. Dental tartar may be keeping you from getting the floss to your gums safely without needing so much pressure that you accidentally hit them.

While there's nothing wrong with rinsing with water for longer than necessary, the same can't be said of mouthwash. Ones that contain alcohol can help to kill bacteria responsible for plaque and gum disease, but if you use it for longer than directed, you may be hurting yourself more than helping. Good bacteria exists in your mouth, too, which should be protected as much as possible. In addition, alcohol can potentially hurt your gums if they're exposed to it for too long. As a result, make sure to always read the directions on any mouthwash that you buy and to follow them closely. 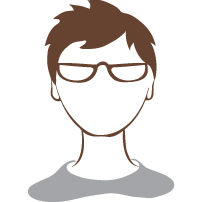 Hi, and thanks for stopping by my website. I created this website because I wanted to let more people know about periodontists. Here is a little bit more about my story: A little over a year ago, my dentist recommended I seek treatment from a periodontist due to my severe gum disease. While I had every intention of following her advice, I was a bit nervous because I had never heard of this type of dentist before. I didn't know what to expect, what they could help me with and why I needed to see a specialist instead of my regular dentist. If you are in the same situation, I hope my website helps you to learn more about periodontists, and helps ease any fears you may have about making an appointment with one.